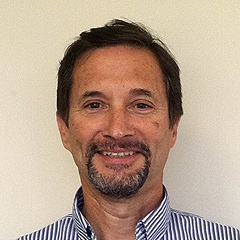 In autumn of 1984 I was six years into my mechanical design career in the consulting engineering business and working in Southern Vermont. My roots were in Northwestern, Vermont near the Canadian border where I grew up on a dairy farm. I was dating a woman named Cindy from that area (whom I would marry two years later) and I was looking to get back to the Burlington area to shorten the travel distance between us.

Along my short career at this point I had heard many positive comments about David Hallam and his work designing process control systems. I knew, and had worked with, David’s partner Bill Corcoran at my first place of post-college employment. Two of my past colleagues were also at that time employed by their company, Corcoran-Hallam Associates, providing MEP design services.

So I inquired of Dave if there might be an employment opportunity and made arrangements to meet him for an interview on an early September weekend at their cozy offices (probably less than 1,500 SF) above the Merchant’s Bank in Vergennes, Vermont. I left my first meeting with Dave hopeful for an opportunity to work for this small company with a great reputation and thinking how I would be fortunate to work for such a personable and genuine person. Later that month I thankfully received an offer letter from Dave to start work on October 15, 1984. My employment at that time brought the company to six people including the partners. Needless to say I made the right decision! I now hold the honor of the longest current employment with Hallam-ICS of nearly 33 years.

My path to becoming a professional engineer was a little non-traditional given my Associates degree in Architectural and Building Engineering Technology. Becoming a PE was not in my plans while in college and in my early career. If not for the encouragement and support of Dave, John Butterfield and other past colleagues and clients, I probably would not have pursued this goal and believed it possible. Their encouragement, along with the arrival in 1990 of the first of our two sons, provided me with the motivation to see it through and culminated with my licensure in Vermont in 1992.

Corcoran-Hallam Associates, Hallam Associates and now Hallam-ICS have been a great company to work for and grow with both personally and professionally. Dave often shared his vision for the type of Company and culture he valued and built. He was a terrific mentor and teacher with a positive outlook and influence who built and valued respectful relationships. Writing this and reflecting back, it certainly doesn’t seem like it’s been as long as it has for me here and that’s because it has been such a great place to work and grow.