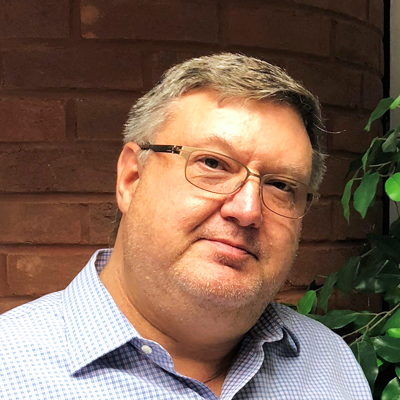 I came to Hallam-ICS in March of 2018; 3 months after being laid off due to the large corporation shuttering my previous office.  Previous to this, I had worked steadily, without interruption since I was 16 years old.  I was determined to make the right decision in what my next position would be and I wouldn’t just settle for the first thing that came along or get enticed by the highest bidder or the glorious title.  I wanted to work where my values for people, good work ethic and quality output would be mirrored, if not at least tolerated.

I moved to the Boston area with my wife of 30+ years in 2015 to stabilize and run the engineering office of a former company.  I was enticed away from there by a very large, multi-national engineering and construction company in 2017.  After making a global purchase of a company in a similar field with established local offices, the decision was made at a high corporate level to shutter our office.  I had been in the engineering trades since working part time as a draftsman while I went to school.  This was 1985 and with no computers to be seen and I did everything in ink or pencil on Mylar.  I worked while going to school and having a family.  12 years after starting, I had a degree in mechanical engineering and my professional engineering license all within a year.

I have moved up from draftsman to designer, to engineer; project manager, vice president, partner and small business owner.  I have been incredibly fortunate to see so many aspects of the industry and have learned plumbing and electrical engineering along with my native mechanical and HVAC.  I have virtually worked on every project type and size.  I was even fortunate enough to take a 3 year sabbatical from engineering to teach high school math and science at a small private school eventually becoming the dean of students.

When I was contacted by Jeff Silcox because I was recommended by a former colleague now working at Hallam-ICS, I was skeptical that I wanted to return to another consulting engineering job for a mid-sized firm.  My interview was less than traditional, being more like a 90 minute open discussion on philosophy.  What I left with was the feeling that I had found the rare company that had similar values to mine.  After a second interview with Keith Flaherty and some soul searching, I couldn’t deny that Hallam-ICS might be a place that I could not only contribute, but thrive.  Five weeks in, my expectations have been so far confirmed.  It truly is amazing how Hallam has focused on hiring the right people with the right character and what a difference that makes in the culture and environment of the work-place.

Copyright © 2020 Hallam-ICS All Rights Reserved
The copyright in this website and the material on this website (including without limitation the text, images, and audio-visual material) is owned by Hallam-ICS. No use of any material covered by this copyright may be used in whole or in part without the express written consent of Hallam-ICS.