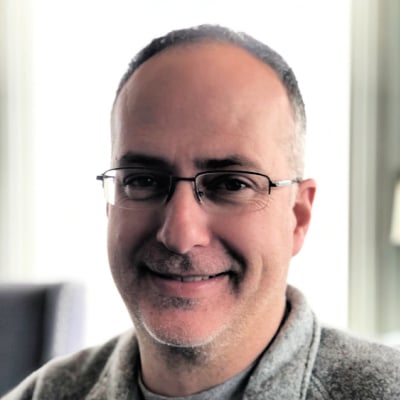 When I was 19, I quit college at the University of New Mexico where I was studying chemistry and enlisted in the US Navy to become a machinist mate in the submarine nuclear program. Following that little adventure, I came to work at Pilgrim Nuclear Power Station (PNPS) in Plymouth MA as a radio-chemistry technician. After about 10 years working as a shift-working chem tech, I felt a need to change things up and, having found an interest in electronics, decided I wanted to move to the Instrumentation and Controls department at the plant. I started college for a second time, this time studying electrical/electronics engineering technology, to facilitate the move to the I&C group. And then Entergy Nuclear Operations Inc announced that PNPS would shut down for the final time in 2019. My 20-year career in nuclear power plant/radio-chemistry operations was over.

Fortunately, I was able to complete my BSEET which facilitated my being hired on as an application engineer at Russelectric almost immediately after plant shutdown. Last May (2021) my position as an AE went away and I was offered a position as a project manager/order manager which was fine at first, but after a while, I realized that that wasn’t something I wanted to do.

I put my resume out and Vin Calio reached out to me. I was immediately drawn to the instrumentation technician position at Hallam for a three reasons: 1) My work history has had me working with a wide variety of instrumentation which dovetailed nicely with this position’s needs, 2) Hallam-ICS does controls engineering which is something I am interested in and possibilities for career growth at Hallam are exciting. Finally, 3) Hallam-ICS promotes a “Work to live not live to work” frame of mind which Vin expressed to me the first time we met. With my kids ages 4 and 7, work life balance is a top priority.