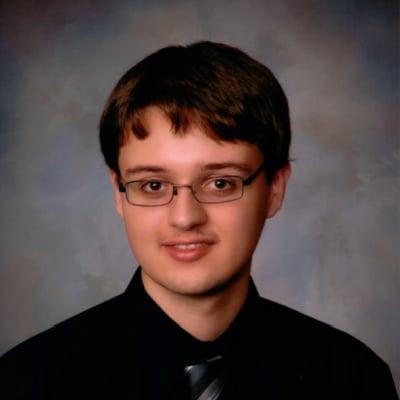 I attended Clarkson University which was in my hometown of Potsdam “Canada” New York, and life was good. Just passed my “hardest” semester with a 3.8 or so, and then Covid became a thing and Spring break was the end of in person ANYTHING and I learned a very important lesson, online school is the opposite of how I learn. That summer I did my mandatory internship with a startup and learned that I don’t enjoy startups with poor communication and lack of respect for employee time. All this builds up to graduation and a concerning economy, and I knew I was not attending grad school until Covid was long gone. So, I applied to the usual suspects for my major: NY Power Authority, NYISO, and some others, but submitting resumes online feels like throwing them into the void, nobody ever responds. And then my mom asked for permission to post a graduation congratulations on Facebook and I said yes.

Then the most unexpected thing happens. Her cousin responds saying that “Her Hubby is always looking for Electrical Engineers”, so we get his email and company name, Hallam-ICS. After some research it checked all the green flags, communication focus, honesty valued, employee owned, “work to live”, and an actual response in a timely fashion. I got through the first interview. We started at 7pm and ended at 8:30pm and I felt great about it and learned another green flag, varied and interesting work (engineers frequently change jobs because they are bored). When I finally had my offer, it was like a dream, something that had felt unobtainable a month prior from unsuccessful job hunting and “networking”. One catch, I was in for quite the culture shock.

I’m from a very rural area, as in the closest interstate is an hour away, and the closest cities are Canada’s Ottawa and Montreal; America’s Syracuse at +3hrs barely counts for some. The job offer was in Middletown, CT., a place I had never even heard of before; not South Burlington, a place I at least had expectations for, being only 3hrs away. Nope, I was going 7 hrs away to a city where an interstate is 1 block from main street. I survived apartment hunting, another process that nobody calls you back for, and made it to my second day of work, where I found myself driving an hour north on I-91 to shadow my boss on how to conduct client meetings. However, I have since adapted to highway driving, even going to Boston, where my Jeep’s park-assist sensors were very unhappy about the parking garage spaces being narrow and triggering too close alerts on both sides. Now I have one last hurdle to cross, cooking for one…