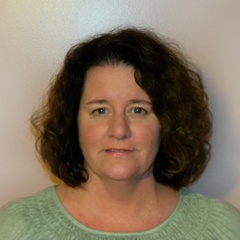 In late 1998 I was living on the west coast and desperately trying to move to Vermont. I sent my resume to Technical Connection Inc. in Burlington and they passed it on to Hallam Associates.  Soon I received an email with a name, date, time, and number to call for an interview. When I called in Phil Matcovich answered. While we waited for Dave MacMartin to join the interview Phil asked me a few questions to fill the time.  First, he asked, “You are living in San Francisco?”, “Yes”, I answered.  Then, “You want to move to Vermont?” “Yes”, I say again.  Bewildered, he asks, “Do you need a psychiatrist?” “No”, I smiled. When Dave joined us the questions did not get anymore “traditional” but, our conversation was enjoyable and I did get a job offer a few weeks later.

March 17, 1999 was my first day as an electrical designer. When I arrived at Hallam; I did not see Phil or Dave. I was told that I would be working in the institutional group with Brian Browning.  Brian handed me a set of drawings and told me to start laying out the lighting and power systems. Since I did not have a poker face, Brian only had to take one look at me before he asked if I had any electrical design experience and I replied, “No”.  I explained to him that I had been working as an energy analyst in CA.  He looked a little disappointed but quickly recovered and then slowly and patiently walked me through the process.  When he finished I asked if he had seen my resume and he said, “No”. I went back to my desk and emailed him a copy… a little after the fact.

I met Phil a little while later; he was a project manager for the semi-conductor group. Dave finally came into the office after I was there for 5 months. He worked at a client site and was rarely around.  I instantly liked both men when I met them but never had the opportunity to work with them.  I regret not asking either of them why they decided to hire me on Brian’s behalf.

Fast-forward approximately two years and eight months to October 2001. I left Hallam to move to Rhode Island. This move was bitter-sweet as I did not want to leave Hallam. I was falling in love with my future husband who happened to live in Rhode Island where I was born and raised and had lots of family. I told Brian I wished I could live in RI and work for Hallam. Fast-forward another two years to a phone call I received from Jeff Silcox. He asked if I knew of any “Hallam type” people who would like to work in Groton, CT.  My wish came true; I live in RI and work for Hallam-ICS.