This blog is based on multiple races I’ve participated in, organized by Green Mountain Adventure Racing Association (GMARA).

First, What is Adventure Racing?

Basically, an Adventure Race consists of finding Control Points (CPs) in the real world based on CPs shown on a topographical map. Non GPS based tools are typically allowed to help navigate, such as a compass, altimeter, and bike computer. Race instructions are provided with a map, and include which CPs to find during which disciplines. You will also find Transition Areas (TAs) on the map and instructions, that indicate where you will switch from one discipline to another. The goal is to find as many CPs as possible in less time than the other teams. The races I have participated in have several divisions, consisting of 2- or 3-person male, female, or coed teams.

All GMARA races take place somewhere in Vermont. Other than a meeting place, the racecourse is not known ahead of time. The meeting place doesn’t necessarily indicate the start point, as you might be bussed to a different location to start.

The Bitter Pill is GMARA’s 12-hour summer race, taking place in August. Disciplines include trekking, biking, and paddling. Some races have included swimming or a Tyrolean traverse.

The Frigid Infliction is a 10-hour winter race around February or March. You will find yourself post holing, snowshoeing, skiing, and maybe doing a Tyrolean traverse or a ropes course during this race. 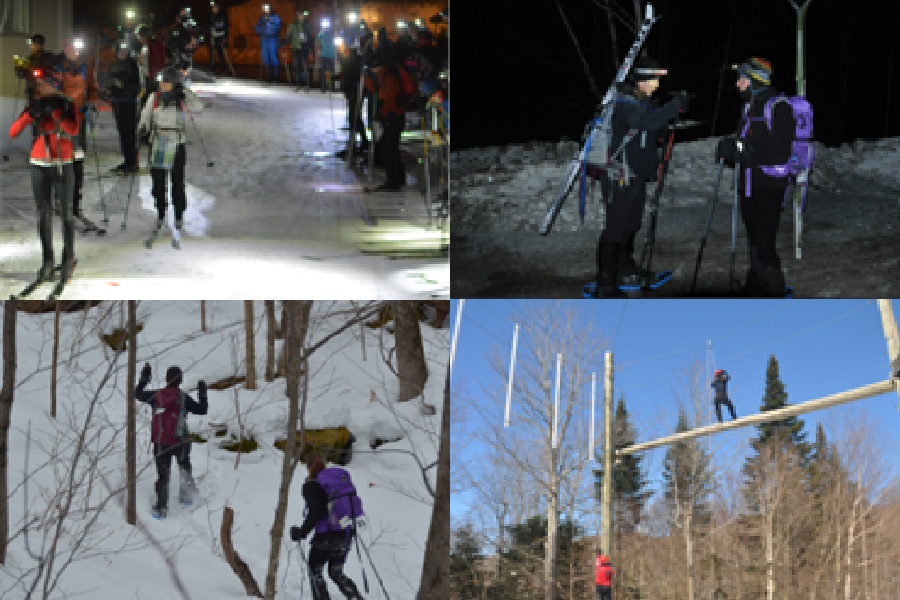 There has only been one Hard Fall race that I know of, and that was in October 2021. This was a 24-hour race, and included the same disciplines as the summer race, as well as several giant corn mazes that were tackled both on foot and on bike. This was the most scenic race, taking place during peak fall foliage in the Northeast Kingdom. It being my first 24-hour race, it was also the most brutal. My two-person team covered about 80 miles, with 9,600’ of elevation gain. Sometime around 2am, while on an endless mountain bike climb, feeling exhausted and nauseated, I was ready to tap out. It felt like my body was shutting down. I became quiet and was trying to figure out how to tell my partner it was over. My partner picked up on this and started spewing words filled with positivity and encouragement. I kept quiet and did my best to reset myself mentally. If I quit, I would be ending the race for both of us, as you are not allowed to race alone. Ultimately, I battled the voice inside my head seeking the warm comfort of a bed and ended up finishing the race.

The discipline common to all races is orienteering. This is what really makes the race interesting. Being able to navigate efficiently takes practice, as well as focus. One small navigation mistake can lead to wasted time and energy, so getting this part right is important. In one of my first races, we made a mistake and started traveling 180 degrees in the wrong direction. Ooops! We didn’t make it very far before our mistake became obvious and we quickly got back on track. Paying attention to your surroundings helps identify those types of mistakes (if you’re lucky).

Another mistake novice racers sometimes make is always taking the shortest route between points. In one race, during a bike section, there were two points several miles apart. All but one team traveled on dirt roads to get to the next point. Although it wasn’t the shortest route, it was clearly the best choice. That one team (not me this time) drew a straight line between the points and ended up walking their bikes through farm fields. Needless to say, they had a rough race.

Don’t let that scare you away from adventure racing though. With a few basics and some common sense, even beginners can have a fun and successful race. You might not beat the top teams, but you can avoid getting lost and discover the joy of finding those orange and white flags in the woods.

A great orienteering resource is Squiggly Lines: Map and Compass Navigation in Adventure Races and Rogaines by Mark Lattanzi.

Adventure racing is for those who love outdoor adventure, enjoy a challenge, and don’t mind pushing through difficulties. If this sounds like you, check out GMARA’s races. If you're not in Vermont, find one near you https://www.usara.com/eventlist.html.

If you decide to race, don’t forget to keep your sense of humor and to have fun!

Brenda Rose is a Senior Controls Engineer with over 20 years experience. Brenda obtained a Technologist degree in Mechatronics, a college program heavily influenced by the automotive industry. Her career has focused on controls engineering in manufacturing. 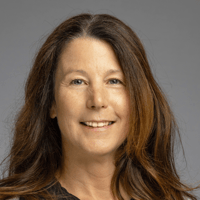