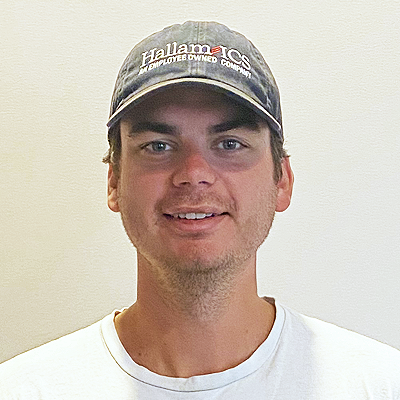 Jordan works on many different projects performing power systems studies and arc flash analysis. Based in the Raleigh, North Carolina office, he is also involved with the ESOP Advisory Committee and other company engagements.

"It was during my AP Physics classes in high school where I thought I had figured out what I wanted to go to college for. I was going to be a Physics major. However, it wasn’t until after being accepted to NC State University’s Physics program that I realized engineering uses all the physics concepts I enjoyed. I looked further into engineering and found that electrical engineering was extremely fascinating to me. This is when I decided to change my major and pursue an education in electrical engineering.

Fast forward to my senior year at NC State. I was beginning to get nervous about not finding a job in my field yet. I had not been able to land an internship throughout my few years there so far and felt under pressure to have a job offer before graduation. In my free time I would search job boards for applications that seemed interesting to me but with no luck getting an interview.

During my time in college I was also working for the university’s IT office as a service technician and was luckily able to continue after graduating. I spent most of my time troubleshooting advanced issues, leading technology upgrades, and training new employees. Although this job was fun and interesting, I couldn’t use my electrical engineering knowledge how I wanted to so I kept applying.

One day while working I received a totally unexpected phone call from Scott King, the regional manager of the North Carolina branch. He asked me if I had some time to interview for an Electrical Designer position for his company, Hallam-ICS. Within the week I was heading to my first interview. Excited, but mostly nervous, I arrived at the office and greeted by Brian Crosby. Shortly after he was interviewing me about my past experiences, skills and interests. After my interview I eagerly awaited a response which would come after just a couple of days asking me to return for a second interview. During my second interview, I met Scott along with the rest of the Arc Flash team. I was nervous to impress but within 15 minutes everyone was so nice that I began to feel very comfortable talking with them. Everyone asked some questions and Scott explained that the work environment at Hallam was very welcoming and the people are what make this company great.

The next day I decided to send a thank you email to Scott and his team for taking the time to interview me. Expecting to receive a reply thanking me for coming in and interviewing, I was surprised to see that in his email was an offer for employment. I was so excited to finally start my career as an electrical engineer. The night before my first day at work I could barely sleep, wondering what it was going to be like and nervous to do well. Upon my arrival, Brian walked me to my desk and everyone welcomed me without hesitation. Scott was telling the truth when he said the people here are what make this company great. I am very excited to work with everyone and see where Hallam takes me."