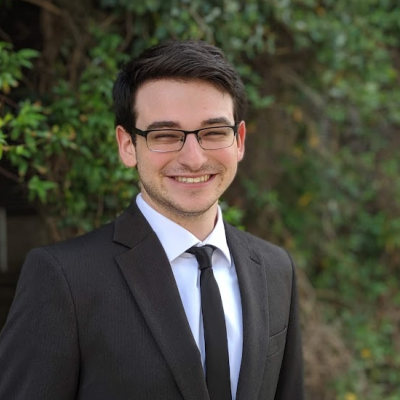 Throughout my high school career, I always knew that I wanted to be an engineer. As a kid, I enjoyed questioning many aspects of life and trying to figure out how they worked. Moving forward from the mindset, engineering was the logical path moving forward. From there, it was deciding what type of engineering I would pursue. I had it down to two options: aerospace engineering and electrical engineering. Ultimately, I chose to study electrical engineering at NC State University, as electronics is an ever-evolving world and I wanted to be a part of that evolution.

Fast forward into my senior year of college, I have yet to have an internship. However, I was fortunate enough to get involved with a non-profit organization called All We Are. All We Are focuses on spreading renewable energy throughout Africa. In working with them, I was able to learn a lot about how their power systems work, as well as the importance of renewable energy. Soon after I got involved with All We Are, the world shut down due to the pandemic caused by COVID-19. I was forced to finish my senior year online, and join a diminishing job market by the time I graduated.

After my lack-luster graduation in May 2020, I continued to work with All We Are in a limited capacity. Applying for jobs became increasingly difficult as companies began to withdraw their openings. I became very selective in my job search, deciding that I did not want to get a job, just to have a job; I wanted to find a position that I knew I would not only enjoy, but see myself growing into.

Jump to May 2021, after a year of difficult times and few interesting job opportunities, I discovered Hallam-ICS. Their work with power systems analysis immediately drew my attention. I submitted my resume and quickly after had an interview with Brian Crosby, Jason Mazzola, and Scott King, which was again followed by an interview with the Arc Flash team. I could tell that working with these people at Hallam would be like joining a family. And after a month on the job, I could not be happier.