Flying High with the Young Eagles 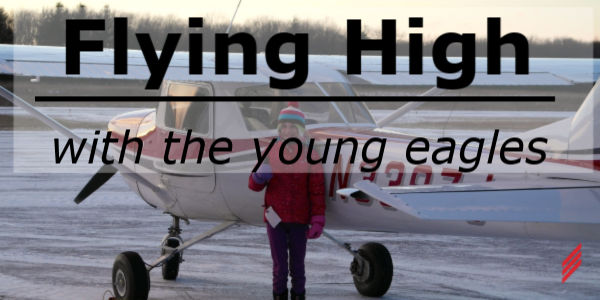 Back in 1987 I made two life-altering decisions. The first was that I left a career with large, multinational corporations, and joined Hallam Associates. (I was Hallam employee number 9!).

My second decision was to pursue a lifelong dream of getting my pilot’s license. Long story short, my wife and I got our pilot licenses, and we bought an airplane. We became members of the Experimental Aircraft Association (EAA), and started participating in the Young Eagles Program.

Founded in 1992, the Young Eagles program has dedicated the last 25 years to introducing kids, ages 8–17, to the world of aviation.

Young Eagles is the only program of its kind, with the sole mission of using aviation to inspire kids by exposing them to many different fields of interest.

Today, with the help of EAA’s network of volunteer pilots and ground crews, the Young Eagles Program has flown over 2.1 million kids.

The initial draw for kids is the airplane ride. Living in rural Vermont we frequently fly kids who have never been in an airplane before. So, this is a big deal for them. Often the parents (who may have never flown either) ask if they can come along on the flight. Before taking off we do a preflight inspection on the airplane, and we talk about what makes the airplane fly.

Then we strap in, fire up the engine, and away we go. I love to look at the kid’s faces as soon as the wheels leave the ground (OMG, WE’RE FLYING!!!). We get up to cruising altitude and I ask the kid in the front seat if they would like to fly the airplane. There are typically two responses: (Oh yeah, cool!”, or “Me??? Fly the airplane???”). With a little coaching, it’s amazing how quickly kids pick up on controlling the airplane. (Must be that eye-hand coordination from video games). My favorite thing is to turn back to Mom/Dad in the back seat, raise my hands and say, “guess who’s flying the plane!”. This has been known to elicit a variety of responses (pride, amazement, astonishment) from parents! (“My kid, who can’t even clean up after themselves, is flying this airplane that I’m riding in???”). 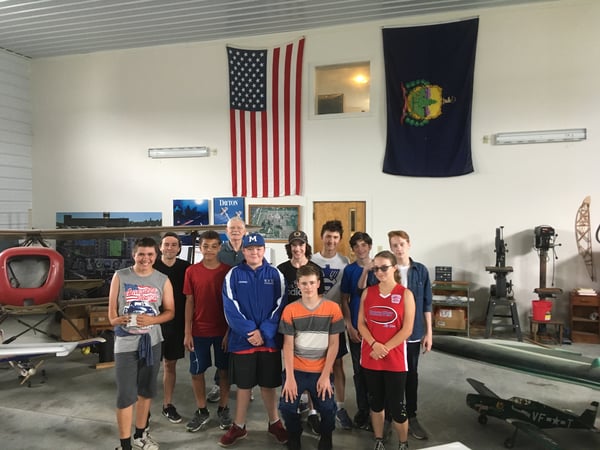 After we land, the kids receive their Young Eagle Certificates, as well as their personal pilot logbooks. Every Young Eagle has a personal Young Eagle account, where they can access additional information on the EAA website.

After the smiles, handshakes and photos we talk about the subjects that are important to pilots; but in fact, extend beyond aviation. These include:

While talking about the world beyond aviation, I tell the kids “I am an engineer as well as a pilot. I use a lot of the same knowledge for both. Flying the airplane may be a unique skill; but the overall knowledge applies to many different careers”.

Throughout my 30+ years of flying, it has been extremely gratifying to follow the lives of many of my former Young Eagles. Among them are airline and military pilots, mechanics, air traffic controllers, engineers, lawyers, business people, and even an Alaskan bush pilot or two.

One of my most memorable experiences was late one night at JFK airport. It was one of those nights where we were all tired, frustrated, and trying to maintain our sanity, despite numerous flight delays. A woman in a pilot’s uniform, with gold bars on her shoulders walked up to me and asked, “Aren’t you John Butterfield?” She shook my hand and said, “you gave me my first airplane ride, thank you!”.