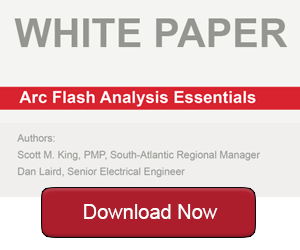 My Hallam story starts back before I even graduated from college.  I attended a seminar about interviewing from the employers perspective that was given by John Butterfield.  That's when I first became interested in Hallam.  I frequently saw them at job fairs that were offered.  Once I graduated and saw an open position I applied right away and began the interview process.  I was hired in 2004.

I began working in Electrical Design and did that for my first four years. One day I began working on an Arc Flash project with Don Folts.  I was fascinated by it and spent as much time both in and out of work studying it as much as I could.  Not too long after, I signed up for an SKM training in Atlanta, GA.  That was a trip to remember.  There was a weather delay and though I had made it out of VT, they couldn't get me out of New York until the next day.  Every hotel for miles was booked.  I was left with no choice other than to spend the night at the LaGuardia airport.  I hope I never have to do that again.  Thankfully, the rest of the trip went much smoother.  As I continued to work more and more with Arc Flash, I became the Technical Supervisor.

I spent a good portion of my Hallam career in the VT office working on projects all over the Eastern US.  In 2016 I relocated to our swiftly growing Raleigh, NC office.  Being in Raleigh, I still get to work with Scott King who has been my supervisor during my entire career with Hallam and I no longer have to shovel snow.  That is a win all around for me.  I'm very happy to have found a great company with a relaxed, friendly atmosphere that treats their employees so well.  I'm glad I went to that seminar way back in college.