On March 29th, a team of six Hallam-ICS employees joined one hundred community members to sleep outside in Burlington, Vermont.  The annual Sleep Out is a major annual fundraiser for Spectrum Youth and Family Services.  A steady rain and temperatures in the low 40s brought out the rain gear, but the spirit of giving and support could not be dampened.  On their website, they describe the event as:

“Each year, adults and students join the Spectrum Sleep Out in solidarity with homeless young

adults in Vermont. These courageous individuals sleep outside for one night and raise money to keep Spectrum's doors open for the next young adult looking for help.”

The format of the night each year is fairly similar, although each year is unique.  Last night, registration began in the basement of the First Unitarian Church at 8:30 pm.  Folks came in, got the nametag, some swag, a slice or two of pizza and connected with one another.  At around 9:30, Mark begins the program by recognizing the top company fundraisers, including Seventh Generation (great job as the top fundraiser!), Dealer.com, PC Construction (a fellow 100% ESOP), and City Place Burlington.  We then go around the room and introduce ourselves, including the company team we are a part of and how many years we’ve been a part of the Sleep Out.  Two individuals were recognized this year for participating in all seven Sleep Outs – that’s really impressive!

But, situations can change.  She attended college for one semester before returning to Burlington.  Life took a turn for her and soon she found herself on Spectrum’s doorsteps without a place to call home.  They housed her and worked with her through the issues she was facing.  She has now returned to college and has hope for her future.

By 10 pm, we were ready to head outside to set up our sleeping bags under the event tent.  Once you set up your spot, there is a group picture taken and then individual company team pictures taken.

The three years we have participated has brought a different set of weather conditions:

With each experience, I more deeply appreciate the daily challenges that come with not having a place to sleep.  To say that, as participants in the Sleep Out, we have “walked a mile in the shoes” of homeless person after one night out is naïve and understates their situation.  For, each of us knew that the following day, we have a couch to nap on in the afternoon and a warm bed to sleep in at night.

The Sleep Out event is a very important fundraiser for Spectrum.  This year, they have an overall goal of $350,000.  Last night they raised $285,000 and still have the high school sleep outs coming up over the next two weeks.  As a team, we raised $11,000.  Hallam-ICS then matched that to make our contribution $22,000 this year to the Sleep Out, exceeding our goal of $20,000.  Thank you Mark and the entire Spectrum team for the work that you do to help young adults in Vermont!

Keith is a graduate of the University of Vermont with a BSEE and an MBA. He has been with Hallam-ICS since 1988 as an electrical engineer, manager of integration services, CFO, and CEO. He focuses the company on understanding and meeting the needs of each individual client while at the same time delivering the highest possible level of technical expertise. 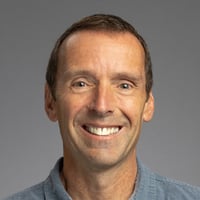