What Does Employee Ownership Mean to an Employee?

Back in 2000, when I was a young twenty something year old engineer that was not too far removed from college, and I was interviewing for a position at Hallam-ICS, I never would have thought to ask about what the ownership of the company looked like. I just assumed the guy with his name on the building was the guy who owned the company, and I didn’t need to know any more than that.

In those early years, Dave Hallam would stop by my desk to pass out my pay check for the week. (Yes, there was a time before direct deposit when you actually had to get and then cash your paycheck weekly).  Dave was very outgoing and friendly; you got the feeling that he was genuinely interested in who you were and what your interests were, and not just what you were working on.  After a few weeks on the job, I learned that Dave wasn’t the only owner of the company, and that he was one of a few different owners of Hallam-ICS. He knew early on that others had contributed to the success of the company and had given them ownership of his company in response to all of their dedication and hard work. Dave had just begun to write his last few chapters of his Hallam-ICS story at this time in his career, while I was only just beginning to write my opening chapter to my Hallam-ICS story.  A few years had now gone by and Dave decided to sell his remaining ownership in the company back to his own company and with that the Hallam-ICS Employee Stock Ownership Plan (ESOP) was born. Essentially every employee at Hallam-ICS, to some degree, had now just become a small part owner of Hallam-ICS, as a little more than 50% of company still remained owned by the previous leadership team, but the remainder was now owned by “us” the employees via the ESOP. 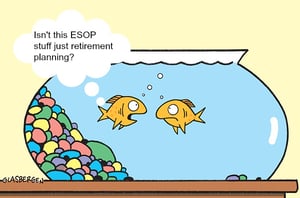 I remember at the time that the ESOP was introduced that I was thinking to myself this is something that sounds an awful lot like it is meant for retirement planners and not for someone like me who still has to work another 30 years to get the full benefit from it. I listened and took it all in, but I can’t say I completely understood the structure or the benefits it would provide to my young twenty something year old self back then.  I think the ESOP would remain somewhat of a mystery to me and many employees as well for a few years still. We would get our ESOP statements and see that the share price had dropped some or didn’t move at all in those early years, and I am not sure many people, like me for instance, even understood what the ESOP statement really was when we got it.

The ESOP was a new experience for all employees including the leadership team as it wasn’t a very common ownership structure back in those days and not one that anyone was really familiar with. We were all starting at ground zero and little did we all know it then, but all that hard work of many employees over the next 10 or so years in the Hallam-ICS company timeline made it possible for a transition from part ESOP ownership to a full ESOP ownership or 100% employee owned in the years that would follow.

One of the things that intrigued me the most about the ESOP was that as part of the plan, there was to be a two-year term for an ESOP representative to sit on the company’s board of directors. To me I thought it would be such a great honor to be a part of the decision-making process and represent my fellow employees at this level. Fast forward to 2008, Dave had now transitioned from the day to day activities of running Hallam-ICS to a new role as Chairman of the Board of Directors.  He sent a company-wide email out asking for anyone who would be interested in this opportunity to be the next ESOP representative to the Board of Directors as the current term was coming due soon.

Prior to this point in the company history, I believe there had only been two or three employees actually selected to be an ESOP representative to the board, and they had all been higher level managers within the company, so I was a little nervous at the time to apply for the position, but at the same time, I thought I had something to offer that maybe those others didn’t. I had more of the employee perspective rather than a leader of the company point of view. I could add something to those board meetings that maybe others couldn’t, so I applied for the position, and after a few internal interviews and a discussions, it was my great honor when Dave sent a follow up email to the company stating that I had been selected as the new ESOP board member. 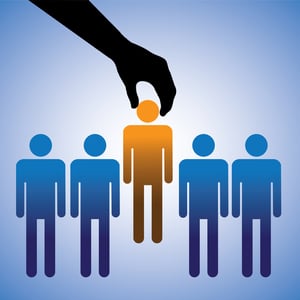 Having worked for the company for about 8 years at that time and sitting around the table with board members who I respected and had many more years of knowledge and experience of running a successful business was a bit of an overwhelming experience at first.  I remember how nervous I was for that first meeting and had many questions I had. Where would I sit? Was there assigned seating? What would I have to add, when called upon? I entered the conference room early and immediately sat down in the chair that was just to the left of the door and near the end of the table. Other board members trickled in, and I remember being very nervous as they all said hello and welcomed me to the Board of Directors. Then the meeting got underway, Dave Hallam was sitting to my left at the head of the table, Keith Flaherty the current CEO who took over for Dave a few years prior was sitting to my right. I couldn’t believe that of all the places I could have sat when entering the room, this is where I had ended up.

I remember listening intently to every conversation, and every strategy that was discussed, and feverously taking notes as not to miss anything that my fellow employees would want to hear. Halfway through that first board meeting, I realized I wasn’t contributing at all and instead I had just become a very good note taker.  I put down my pen and started to listen. When I listened, I learned that the company wasn’t only about those 8-10 people sitting in that room, but that Hallam-ICS was about the remaining employees working outside of that room, and the people in that room were challenged with asking the tough questions about what path we all were going to head down.  Over the next two years, I had the pleasure of sitting in 7 more of those meetings, all the while learning from those mentors in the room, and realizing that the ESOP wasn’t just a retirement plan, it was what defined us as a company, and I realized it really didn’t matter where I sat down in my first board meeting, because we were all part of the same team with the same goals.

Here at Hallam-ICS we have a very unique ownership structure, in that we are all owners of our company, and the decisions we make daily and our quality of work we perform does not only define that exact moment in time, but it also shapes our company’s future as well.

Keith Sheldon is the Commissioning Manager for Hallam-ICS. Keith started his Hallam career in the Hallam-ICS Vermont office and now works out of both the Hallam-ICS Massachusetts and Connecticut offices. Keith has a Bachelor’s of Science degree in Engineering and Management from Clarkson University, and holds a certificate in project management from Worchester Polytechnic Institute. Keith is a member of the ISPE International Society of Pharmaceutical Engineers, and has performed commissioning and qualification projects in the pharmaceutical industry for over 15 years. 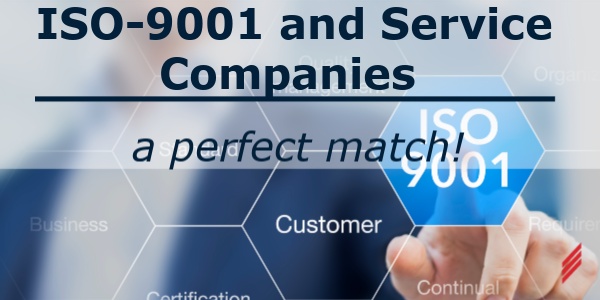