Making a 120 Pound Robot that can Climb a Rope 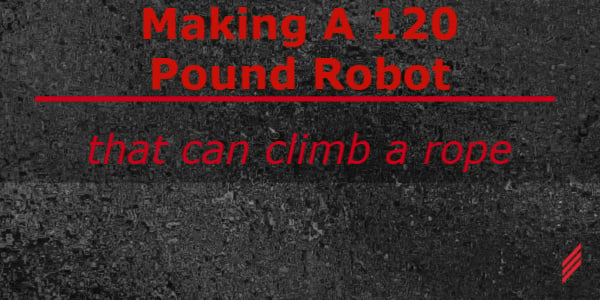 It all started back in the spring of 2016 when my son was telling me about a robotics team in a neighboring school that had competed in the FIRST Robotics Competition league. He explained that each team, which was comprised of students and mentors, had six weeks to build a fully functional robot to accomplish various tasks within a competition. At the competition, two alliances of three randomly grouped teams were faced off against one another in multiple rounds. The top three teams then went on to the world competition that was held in St. Louis, MO. Since our school did not have a robotics team, I decided to look into what it would take to form one.

The league that we decided to join is called FIRST (For Inspiration and Recognition of Science and Technology). It was formed in 1989 by Dean Kamen who was the inventor of the Segway and much of today's modern medical equipment. The purpose of the organization was to inspire young people's interest and participation in science, technology, engineering, art and math (STEAM). In 2016 there were 3,128 registered teams with roughly 75,000 students and 19,000 mentors from 24 countries built robots.

Our season officially kicked off on January 7, 2017 with the big reveal of what this year's competition would entail. There had been some teaser videos released by FIRST that they were going with a Steampunk theme for the competition but none of the details would be revealed until the kickoff day. 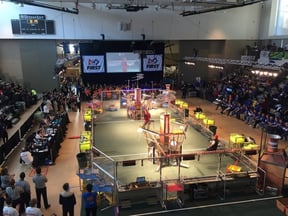 We gathered with other local teams at Rensselaer Polytechnic Institute (RPI) which was also the site of the local regional competition that we would be attending in March. After hearing from local politicians and major sponsors from the area, we watched in anticipation during the three minute video that explained the competition.

The goal of this year's competition was to get our alliance airship off the ground by:

Each round lasts 2 ½ minutes. In the first 15 seconds, the robots run autonomously. They can deliver a gear to their airship, fire fuel into the boilers or just simply cross a designated line. After the autonomous period is over, the pilots may drive their robots to deliver more fuel and gears to their airship. During the remaining 30 seconds of play, ropes are deployed from each airship so that the robots can climb aboard. Various points are awarded for each of the tasks that are completed by the alliances. The alliance with the highest score wins the round.

Organizing our Team and Setting Goals

The challenge was now on for our team of 17 students and 4 mentors to build our first robot in six weeks. We first decided to split our team into four sub teams of mechanical, electrical, programming and media. The mechanical team was in charge of the physical design of the robot and building the test obstacles. The electrical team was in charge of wiring up the electrical systems and connecting any pneumatic components that we would have. The programming team was responsible for writing the software for controlling the robot and any sensors or vision systems we decided to take advantage of. Lastly, the media team was responsible for designs and content from designing our team shirts to blog and videos posts on our social media channels.

Although it was a very ambitious goal, our team decided to attempt to build a robot that would do all three main tasks. We would shoot the fuel (large wiffle balls) into the high goal of the boiler, deliver gears by picking them off of the ground and then climbing a ratchet strap at the end of the round.

The team worked every night after school and all day on Saturdays and some Sundays.

Overall, the students put in more than 1970 hours into building the robot and supporting the team.
On the last day, we started at 8am and had to physically put the robot in a giant bag with a special zip-tie by midnight. We finally got everything working around 11:25pm and bagged our robot at 11:59pm!

We arrived at RPI for the first day of our regional competition on Thursday, March 16th. We were joined by 35 other teams from around the world. Most of the teams were from local schools. However, we had international teams from Canada and others from as far away as India and Turkey. Thursday, was set aside for setting up your team's pit area and running through practice rounds. Friday, was the first day of the qualification rounds with Saturday comprising of more qualification rounds in the morning and the final rounds in the afternoon. 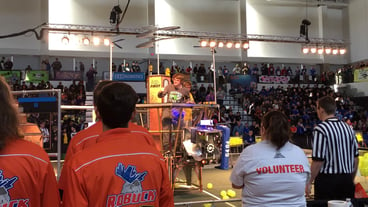 Individually, our team did very well. We were able to pick up and deliver gears and shot a few fuel cell balls into the upper hopper. We were also able to climb our ratchet strap most of the time. However, we did cause the entire stadium to gasp when our ratchet strap broke and the robot fell from about 5 feet off the ground. A little duct tape and we were back in business! As a team we placed 10th in scoring points but because the ranking was done by the number of rounds your alliance won, we ended up in 30th place and did not make it to the final rounds.

Overall, our rookie year as a FIRST Robotics team was a great experience. The students learned how to work as a team to design, build and test a complete system to solve a physical problem. Unlike a classroom and more like a real-world scenario, the students had to come up with a solution that was not already figured out.

This allowed them to explore their creative and inventive sides and they all enjoyed thinking outside of the box!

Thank you to Hallam-ICS for being one of our sponsors and for making our TechKnowLogic Team # 6484 from Greenwich, NY a success. We could not have done it without you! 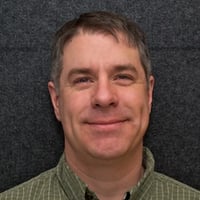